You are here: Home / Featured / MichiCAN: Fight for Michigan Voters!

Particularly during the last decade, the Rust Belt has become the mostly hotly contested region and one of the centers of controversy around voting rights. The state of Michigan embodies this perennial struggle. Trump won in Michigan in 2016 by only 10,704 votes and Biden won in 2020 by over 150,000 votes. Despite Biden’s victory, Trump challenged the results with claims of fraud that were proven baseless by more than 250 audits confirming the integrity of the race.

Like prior first-term incumbents, the President faces an avalanche of midterm challenges including declining approval ratings. Meanwhile, Trump protégées around the country are seeking elected office driven by their support of The Big Lie. In states like Michigan, these trends are pointing to the real possibility that the state could fall into the hands of leaders far more interested in power than free and fair elections.

What can ordinary American citizens do to help?

The Michigan Republican party is backing two candidates supported by Trump to serve as the next chief elections officer and top law enforcement official. The Republican delegates recently endorsed Oak Park educator, Kristina Karamo, for secretary of state and Kalamazoo lawyer, Matt DePerno, for attorney general. Neither one has ever held elected office but the two rose to prominence after supporting The Big Lie. DePerno filed a lawsuit in November 2020 challenging the vote count in Antrim County, Michigan, which led to similar legal actions challenging Biden’s victory around the country. Karamo was a poll challenger at the TCF Center (now known as Huntington Place) in downtown Detroit, where she claims she observed irregularities in the count of absentee ballots. Democratic institutions in states like Michigan, unfortunately, are highly vulnerable to individuals determined to cripple them.

Voting rights advocates in Michigan are lobbying for an amendment to the Michigan constitution which would, among other things, recognize the right to vote without harassing conduct, require nine days of early in-person voting, and require military or overseas ballots be counted if postmarked by Election Day. The proposal, which supporters hope to put on the ballot in November, would use public dollars to secure ballot drop boxes, postage for absentee ballots and ballot tracking.

The state and Detroit NAACP chapters oppose the Secure MI Vote petition, which seeks to ban election officials from mailing absentee ballots to every voter of Michigan unless requested and tighten Michigan’s election laws to require voters to have ID. The NAACP is behind the Promote the Vote 2022 campaign, which led the effort to pass Proposal 3 in 2018, giving Michigan voters no-reason absentee and same-day voter registration.

Between Promote the Vote’s prior efforts and the proposed amendment, democracy advocates in Michigan are working to solidify voting as a fundamental and protected right. American citizens and defenders of democracy, hoping to protect voting rights in Michigan, should lend their support and financial resources to organizations like Promote the Vote and Detroit NAACP. 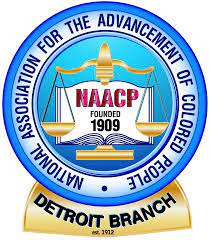